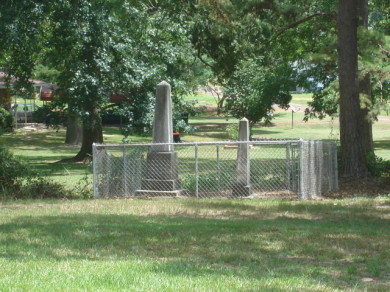 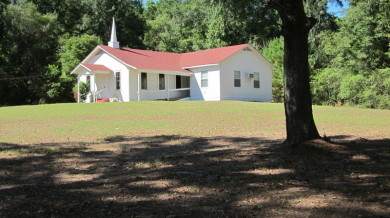 Dr. THOMAS JEFFERSON JOHNSON Burial Site, Melrose, Nacogdoches County, Texas was photographed Sep. 26, 2013. This site was set aside by Dr. Johnson as the burial site for his wife and himself. The site, enclosed by a wrought-iron fence, sits beside CR331 on the grounds of the Melrose United Methodist Church and is within shouting distance of both Lower and Upper Melrose Cemeteries.
Dr. Johnson was born in Dinwiddie County, Virginia. He arrived in Texas in 1840 and later received a grant of 640 acres. He founded the town of Melrose in 1841 on the old San Antonio Road, (now Texas SR21) between Nacogdoches and San Augustine. Melrose was a popular stopping place for travellers between the two cities, and once boasted a population of 250 persons. There's not much town left in Melrose now -- the above-mentioned Methodist Church, a slightly-larger Baptist Church, the Upper and Lower Cemeteries, and a few residences.
Dr. Johnson arrived in Texas as a single man, but soon married Amanda Engledow, daughter of John and Elizabeth Simpson Engledow. Amanda was born in Wythe County, Virginia in 1815. The Johnsons had no children. Dr. Johnson was the first doctor in the area, and practiced medicine there from 1841 until, probably, his death in 1856.
The inscriptions on the two tall "obelisk" style markers read as follows: